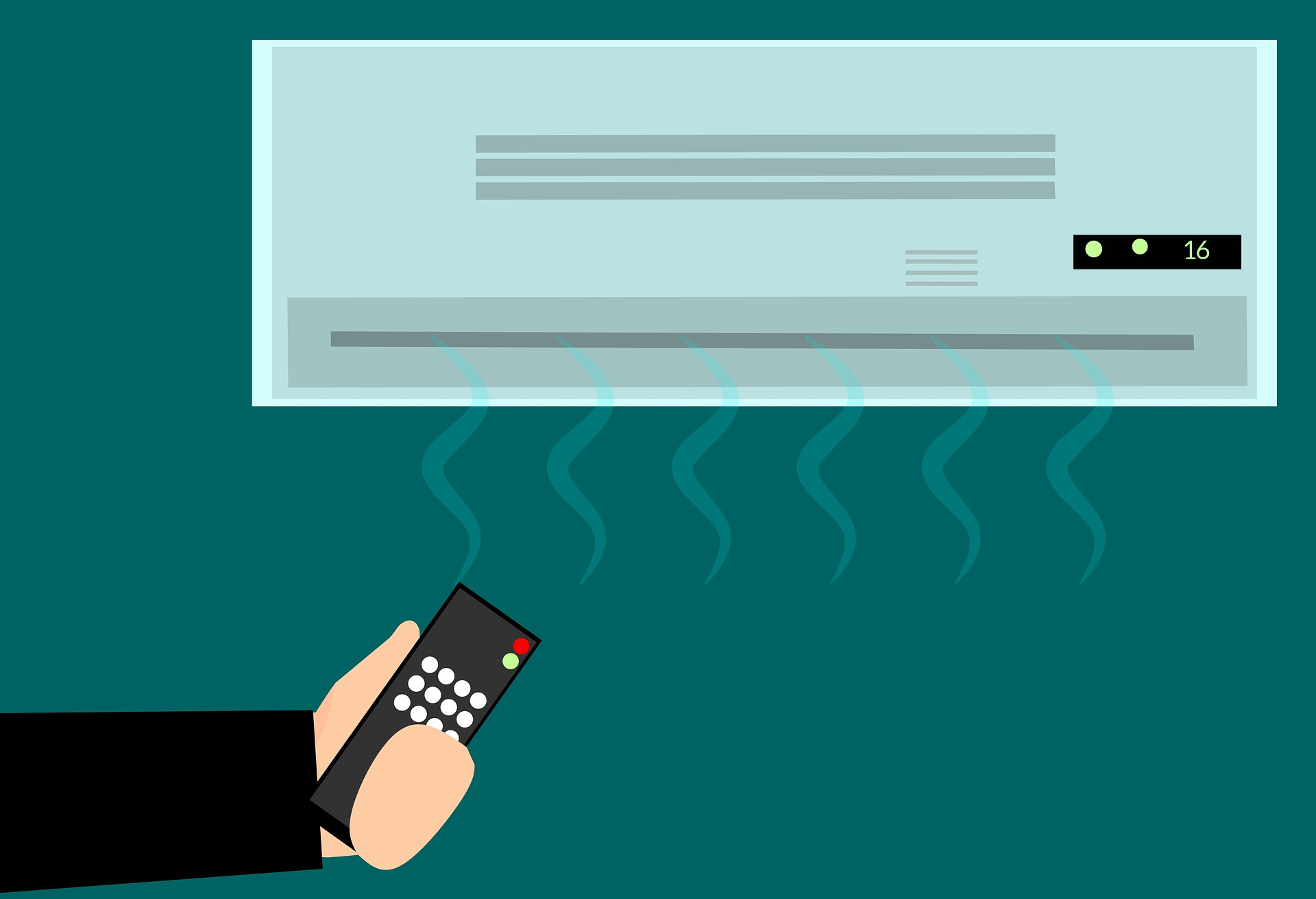 The Internet, French fries, and air conditioning – these are my personal top three human inventions of all time. Okay, let’s add indoor plumbing…Now I have a basic idea of how the first two things on the list work, but what about the AC? What makes it as awesome as it is? (How Air Conditioner works) 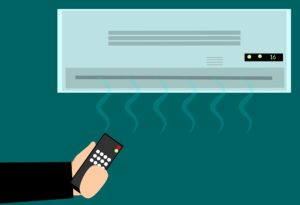 Believe it or not, but you have to thank mosquitoes for the invention of air conditioning, or, at least, its forefather! No one loves them in the 21st century, but back in the 19th, those guys were a real nightmare. They carried around different infections, such as malaria. Things were especially bad in swampy areas of Florida. A local physician and inventor Dr. John Gorrie were trying to find a way to drain the swamps, and while he was at it, he got this revolutionary idea in 1841. (How Air Conditioner works)

He realized the problem was literally in the air. So cooling the air could fix it! Dr. Gorrie arranged to ship of buckets of ice from frozen lakes and streams in the North of the country into hospital rooms in Florida. It worked, but was super challenging logistically, so he came up with a new idea. By 1851, he designed an air compressor to make ice out of water.

The mechanism was powered by a horse. This is how the concept of air conditioning was born! It does have a lot in common with the ACS of today. Well, at least the basic idea is the same. A few decades later, engineer Willis Carrier was helping a publishing company to stop magazine pages from wrinkling because of humidity. He designed the first electrical air conditioning unit with cooling coils and air filters. He used cold water as a coolant first and then installed an ammonia compressor in his machine. Carrier realized it was not only good for magazines but to humidify or dehumidify room air as well. He patented the invention and started his own Carrier Engineering Corporation in 1915. (How Air Conditioner works) 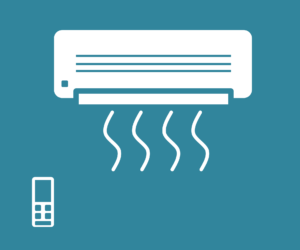 Air conditioning made its first mass public appearance at the St. Louis Worlds Fair in1904. The 1,000 people in the auditorium definitely loved the idea of comfort cooling. In the 1920s, it became a basic need for thousands of people that rushed to movie theaters to watch their favorite Hollywood stars on the big screen. They came up with an unusual solution and decided to modify heating systems to send cold air through floor vents. But now the lower levels were freezing and upper levels still felt too hot. It required a few adjustments, but in the end, they fixed the issue and MetropolitanTheater in Los Angeles got the first perfect public air conditioning system. It was good enough for public buildings, but still too large and expensive for homes. It took a couple more decades for engineers to design something perfect for private houses. By 1947, they sold 43,000 systems, and now the AC is present in hundreds of millions of homes across the world.

Today’s air conditioners work on the principles of Carriers’ invention but are, of course, more energy-efficient, much quieter, have way better diagnostics and controls, electronic sensors and are made of better materials. What they do is transport heat energy from the house outdoors. It changes the temperature inside, makes the air more humid and improves its quality. It has 2 basic parts, or units: the outdoor unit and the indoor unit. There are 2 possible scenarios: you can have either a room air conditioner or a central air conditioner. The way they work is basically the same, except if you have central air conditioning, there is just one indoor unit and one outdoor unit. If you have room air conditioning, it’s in every room, or the rooms you believe to be of most importance and you decide to spend money on keeping them cool. (How Air Conditioner works)

I will tell you about the central air conditioner type because that’s what I have. So, let’s go outside to check out the outdoor unit. It differs model to model and brand to brand, but in general, it looks like a box with a fan in the rear or the side of your house. In a larger apartment or office buildings, these boxes flock together like birds, except they aren’t that cute. The outdoor unit consists of a compressor, condenser coil, and a fan. Another vital player in this process is the refrigerant. It travels through the whole system, connects the outside unit to the inside unit, and is technically not a detail but a cooling fluid. 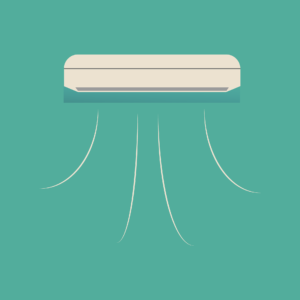 The heat from the air inside your home mixes with the refrigerant and moves through the compressor and to the outdoor coil. One cool thing about the refrigerant is that it can go from liquid to vapor state. The same refrigerant is used more than once – the compressor works like a pump that keeps moving it back and forth through the whole system. It gets compressed and then moves through the condenser coil. It’s important to squeeze the gas tightly because of the higher the pressure, the higher the temperature. It has to be done to make the refrigerant hotter than the air outside. Heat naturally moves from hotter to colder bodies. The outside air gets in the condenser coil through the fan. The hot air from your house disperses into street air. The refrigerant has just successfully done its job. It cools down, turns into a gas again and goes back inside and the process continues and goes on and on. So it’s clear now what happens outside, but what about the indoor unit? Let’s get back into the house and find it.

So, there can be an indoor unit in every room of your house, or the ones you need to keep cool, or one unit in the closet or the basement, or somewhere inside your house. To make it work all over the house, there is also a thermostat and supply and return air vents. The indoor unit itself is a coil box that has the blower motor right here, the evaporator coil, the expansion valve, the circuit board, and the filter. When it gets too hot in the room, the thermostat sends an SOS signal to the circuit board. It turns on the blower motor. The hot air from the room is sucked in through the return vents. Then, the air meets the refrigerant. At this stage, the hot air loses its heat and moisture. But because the cooler takes in the heat it becomes so hot it’s not ready to meet the evaporator coils yet. The expansion valve helps it blow off some steam and lose some extra pressure. Then the refrigerant goes from liquid to gas and is ready to move over the ice-cold evaporator coils. 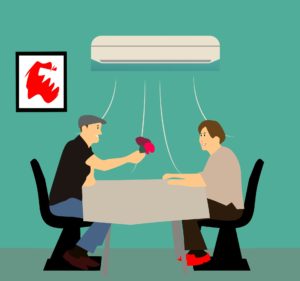 How does Air Conditioner work?

The cold refrigerant is moving through little tubes that the evaporator coil is made of. Now, let’s give the refrigerant some time to absorb enough heat from the indoor air. And done, it’s ready to move to the compressor, and you know what happens there in the outdoor unit. All this is going on at the same time and in a never-ending cycle. Well, until the thermostat decides the temperature is okay and shuts it down before it gets hot inside again. Then, it starts over, the heat goes out, and the cold air comes in. It spreads across the house through the supply vents. Each and every detail in the air conditioner is super important, and even if one of them goes off, the whole process will stop. And I deeply hope it won’t as its getting hot in here.

So you see air conditioners have gone a long way to become as efficient as they are today. But progress never stops, and scientists are working on new technologies to make the ACsmore energy-efficient, eco-friendly and better looking both on the inside and the outside of the house.

Other My Site Article